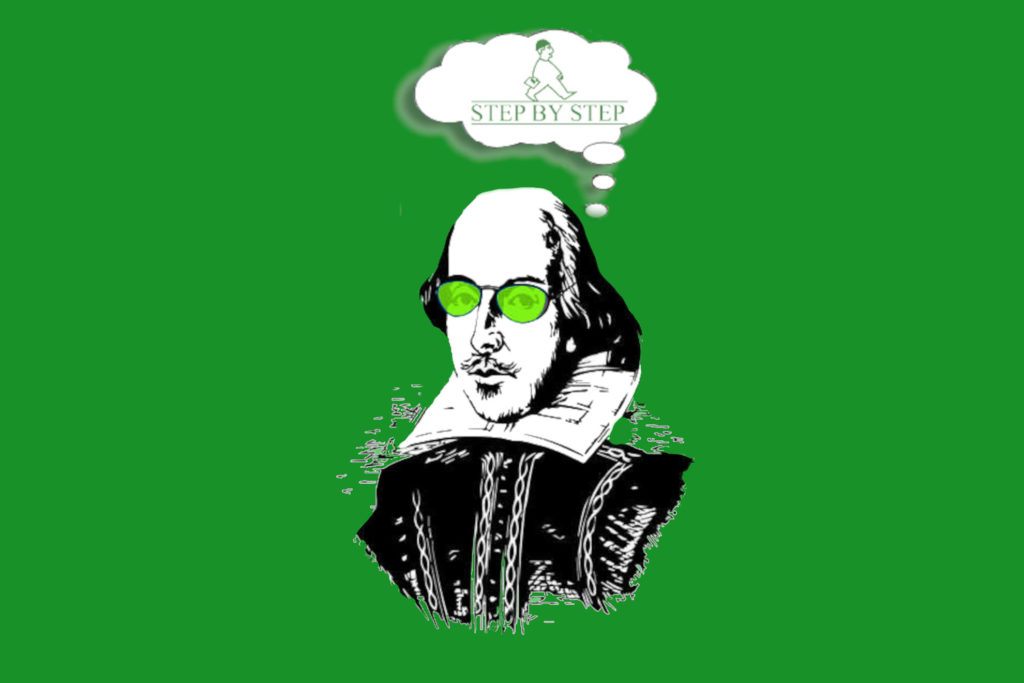 The most Iconic Rapper of All Time

Just like rappers adlib their songs today, Shakespeare used the style of improvisation in his plays.  In fact he was the founder of “Freestyle”.

Besides introducing thousands of new words into the English language, Shakespeare came up with a lot of idiomatic expressions that we use every day in modern English, as well as in other languages, without even knowing it.

Amongst his most famous idioms is All that glitters isn’t gold from The Merchant of Venice which means that not everything that looks precious turns out to be precious.

This idiom has also been transformed into a positive connotation, glitter and gold, as in the song by Rebecca Ferguson.

How about the expression break the ice to get the conversation going when strangers meet?   Well, that comes from the play The Taming of the Shrew and it is still used 400 years after it was written.

When we find it difficult to understand some words we say it’s Greek to me, a term coined by Shakespeare in The Tragedy of Julius Caesar.

In sport the phrase fair play, playing according to the rules, is very common.

Shakespeare used it in many of his plays, for example The Tempest.

Have you ever fallen in love with someone and were unable to see their faults? Well, love is blind, one of Shakespeare’s favorite lines used in many of his plays like Two Gentleman of Verona.  Did you know that modern-day research supports the idea that love is blind? Findings show that the feelings of love suppress the activity of the areas of the brain that control critical thought.

What do you say when you are frustrated?  A popular expression is for goodness sake which popped up in Henry the Eighth and actually meant “do this for the sake of being good”.  However, it changed its meaning throughout the years and it can be used today instead of “For God’s sake” which is considered a bit disrespectful.

Language is always changing and new terms are coined every day. You can even invent your own words and expressions just like Shakespeare did in his time and modern Rappers do today.  So, for goodness sake, don’t be surprised if some songs may sound Greek to you!